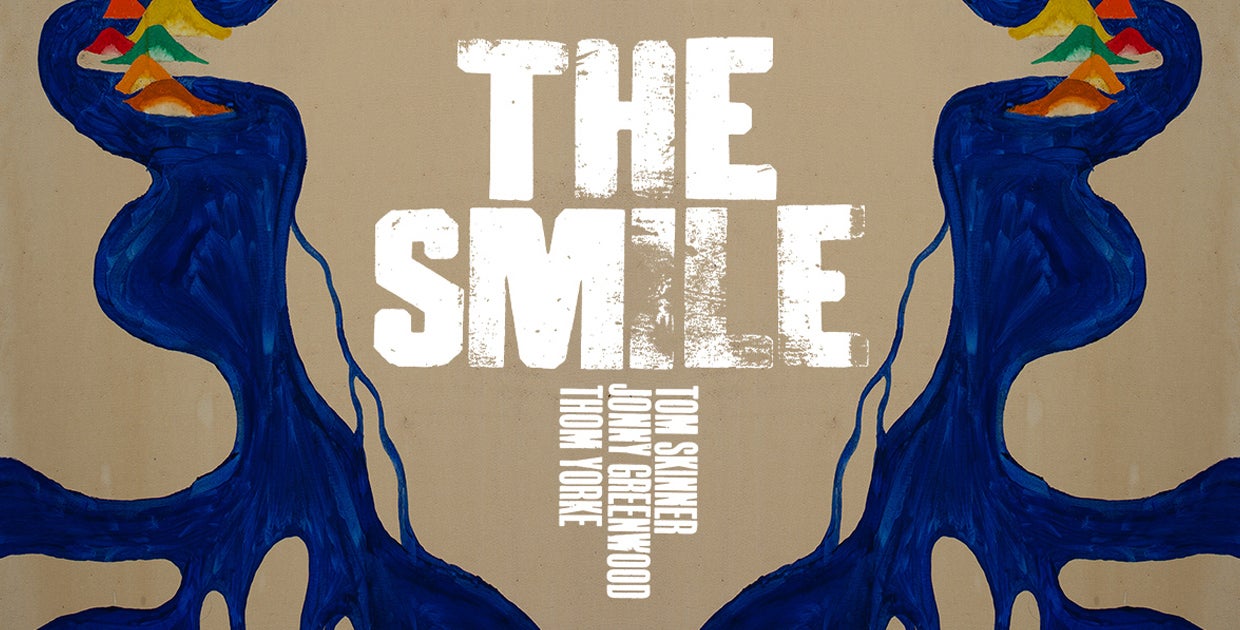 “Not The Smile as in ha-ha-ha, more The Smile as in the guy who lies to you every day”… so speaks Thom Yorke on the inspiration behind the name of the new trio consisting of himself, his Radiohead bandmate Jonny Greenwood and drummer Tom Skinner of UK jazz outfit Sons of Kemet. The description is borne out by The Smile's acerbic first single "You Will Never Work In Television Again,” a 2:48 blast of ragged, raw energy that moved The New York Times to rave: "Over a bruising 5/4 beat and flailing guitars climbing through three chords, Yorke snarl-sings his avenging fury at 'some gangster troll promising the moon' who’d devour 'all those beautiful young hopes and dreams,' and you can almost feel the spittle flying.” “You Will Never Work In Television Again” was one of eight songs played by The Smile during the band’s debut performance as part of the 2021 global streaming Glastonbury event Live At Worthy Farm. Following the release of second track “The Smoke,” The Smile played three back to back live shows across 16 hours and three timezones at Magazine London. Performed in the round to an in-person audience and simultaneously livestreamed worldwide, the hybrid shows featured multiple songs that comprise The Smile’s first album, A Light For Attracting Attention, released digitally May 13th via XL Recordings. Produced by Nigel Godrich and featuring additional critically acclaimed singles "Skrting On The Surface," "Pana-vision," "Free In The Knowledge” and “Thin Thing," A Light For Attracting Attention features strings by the London Contemporary Orchestra and a full brass section of contemporary UK jazz players including Byron Wallen, Theon and Nathaniel Cross, Chelsea Carmichael, Robert Stillman and Jason Yarde. The Smile began their 2022 European tour on May 16th in Croatia with UK dates in London, Edinburgh, and Manchester, before heading back into Europe, finishing their headline shows in Taormina, Sicily, on July 20th and with a final UK date in London's All Points East on 28th August.