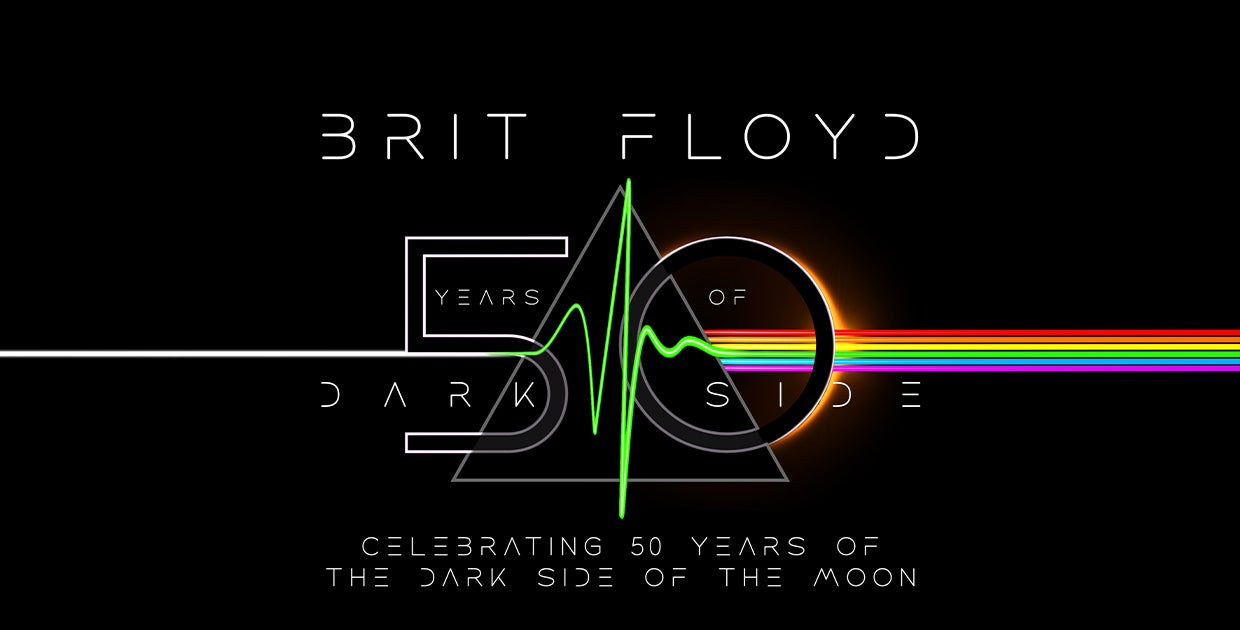 Brit Floyd returns to the stage in 2023 to perform a brand-new production celebrating 50 years of the ground-breaking and iconic musical masterpiece The Dark Side of the Moon. The show will feature classic tracks from the album such as Time, Money, Us and Them and The Great Gig in the Sky.

The 2 and a half hours plus set list will also include other highlights from Pink Floyd’s magnificent catalogue of albums, including tracks from The Wall, Wish You Were Here, Animals, The Division Bell, Medal and much more.

Taking to the stage to perform note for note renditions of all these classic Pink Floyd tracks will be the band of musicians that audiences have become familiar with worldwide over the years, featuring long time guitarist/vocalist and musical director Damian Darlington, who has played over 2500 Pink Floyd music related concerts throughout his career.

The band will also feature Ian Cattell, Edo Scordo, Eva Avila and all the other expert musicians that have joined the ranks of Brit Floyd over the course of the last decade.

Having performed over 1,000 shows since its launch in Liverpool, England in January 2011, Brit Floyd have circled the world, sold out tours across, Europe, North America, South America and the Middle East, and performed concerts at some of the world's greatest venues, including London's prestigious Royal Albert Hall; the awe inspiring Red Rocks Amphitheatre in Denver, Colorado; the historic Greek Theatre in Los Angeles, and 'The Showplace of the Nation', NYC's Radio City Music Hall in Manhattan.

Proof of vaccine or negative COVID-19 test are not requred. Masks are optional and welcome.

Due to ongoing roadwork, road closures and alternate traffic patterns may be in effect. Please plan accordingly.

Our guests' safety is our top priority. Due to enhanced security, walk-through metal detectors are now used at all performances. Suitcases, firearms, and weapons of any kind are not allowed in the building. All bags will be searched upon arrival. Please arrive 35-45 minutes early for entry into the building.

Outside food and beverages are not allowed in the theatre. We invite you to enjoy any snack or beverage purchased at The VETS during the performance in your seat. All bars only accept cashless options including credit, debit, and mobile payments.