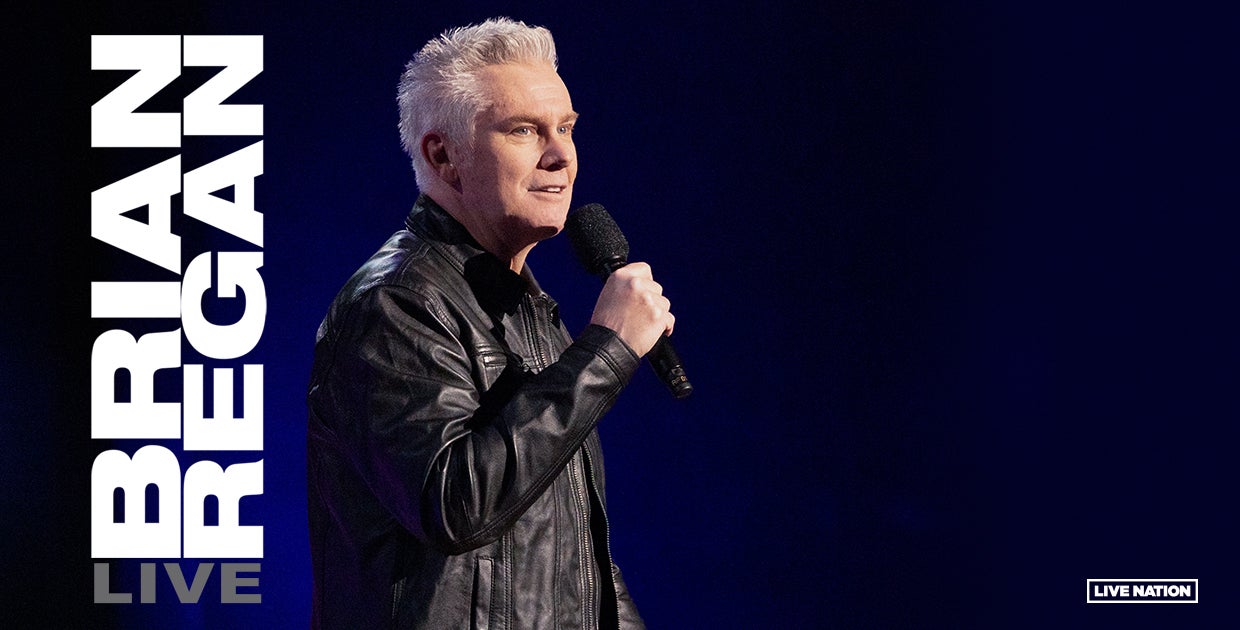 Critics, fans and fellow comedians agree: Brian Regan is one of the most respected comedians in the country with Vanity Fair calling Brian, “The funniest stand-up alive,” and Entertainment Weekly calling him, “Your favorite comedian’s favorite comedian.”  Having built his 30-plus year career on the strength of his material alone, Brian’s non-stop theater tour continuously fills the most beautiful venues across North America, visiting close to 100 cities each year.

Brian premiered his seventh hour of comedy, the Netflix special, Brian Regan: Nunchucks And Flamethrowers, on November 21, 2017.  This is the first special in a two-special deal with Netflix, joining Brian with Dave Chappelle, Chris Rock, Jerry Seinfeld and others in multi-special deals with the leader in worldwide streaming.

This event is rescheduled from 2020/2021. If you are holding a ticket from one of these dates, NO ACTION IS REQUIRED. Your current ticket is valid for the new date. Please email [email protected] if you have any questions.

Groups of 10 or more can sit together and save up to $4 per ticket. Contact Andrew Clark at 401-680-4725 or [email protected] for more information about organizing a group outing.