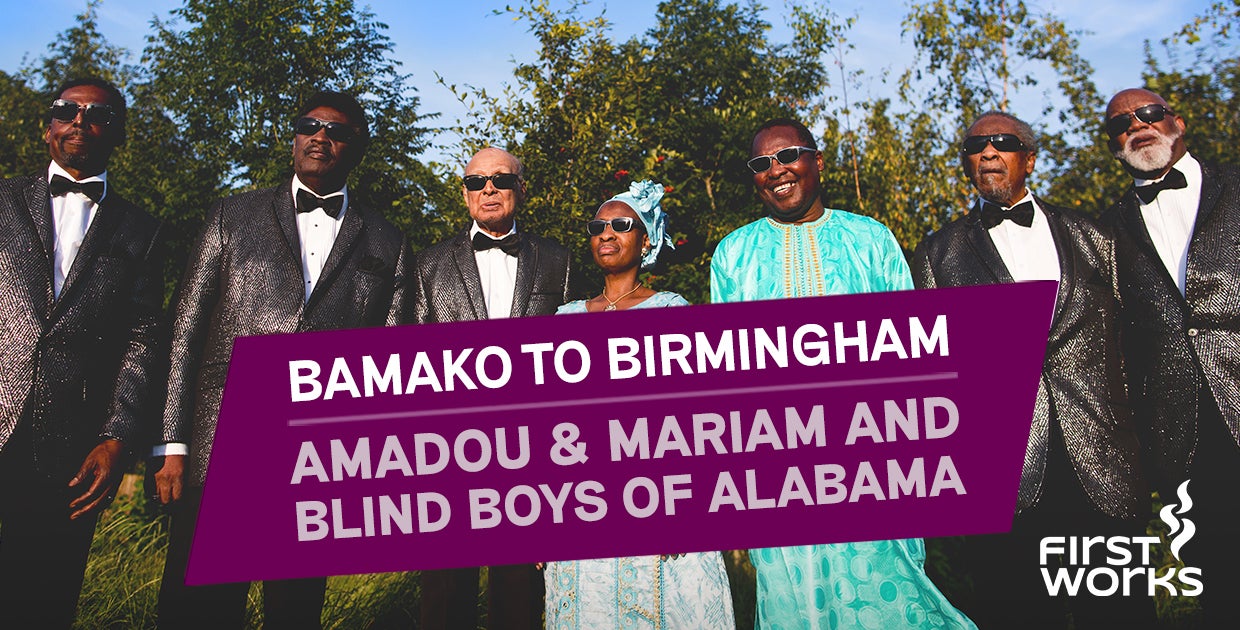 While they may appear worlds apart, Mali’s Amadou & Mariam and the Blind Boys of Alabama share something that is undeniable: deeply felt music of the soul that transcends cultures, nations and musical styles. For over 40 years, Amadou & Mariam have combined their personal love story with a global music career. As revered ambassadors for Malian and African music, their sound is heartwarming, featuring syncopated rhythms topped with lyrical melodies. Five- time Grammy award winners the Blind Boys of Alabama are recognized worldwide as living legends of gospel music. These Gospel Music Hall of Fame inductees are known for crossing musical boundaries with their remarkable interpretations of everything from traditional gospel to music crafted by contemporary songwriters.

It takes nearly a day to fly from Birmingham to Bamako, but these two distinct musical worlds are coming together on a single stage with FirstWorks!