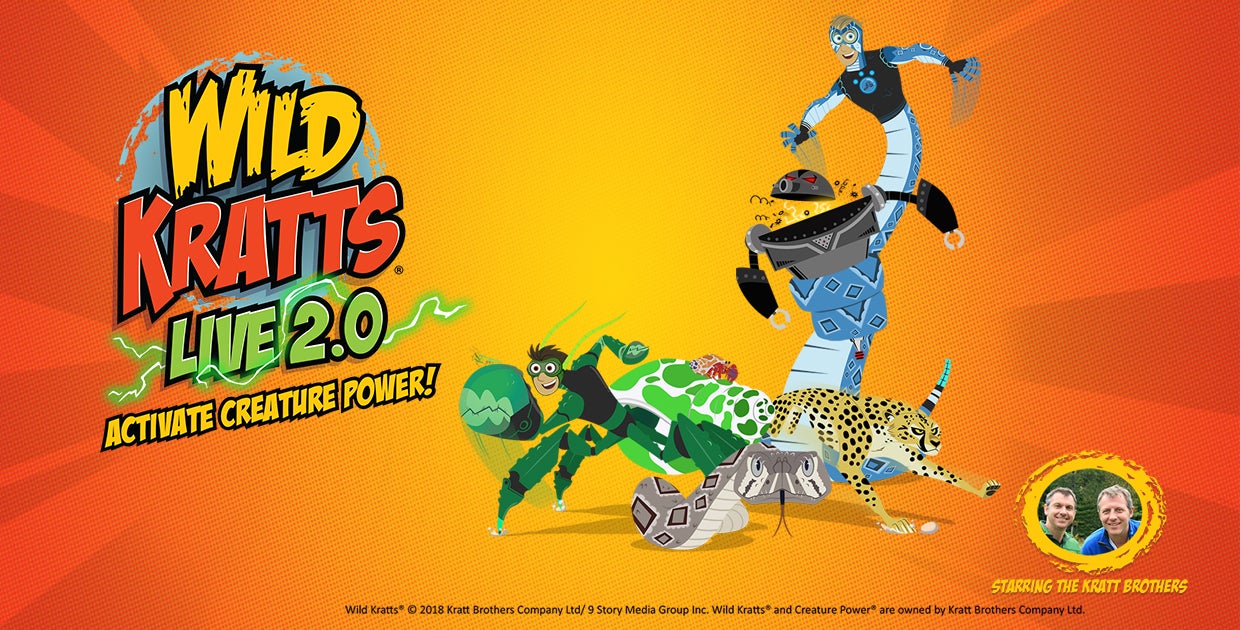 WILD KRATTS – LIVE! is a theatrical stage show based on the hit animated television series Wild Kratts. Martin and Chris Kratt, stars of the Emmy-nominated Wild Kratts, step out live on stage to engage the audience in a classic Wild Kratts story! Martin and Chris are sure to keep you entertained as they activate some fan favorite Creature Power Suits and go “Off to the Creature Rescue!” With the help of the Wild Kratts team - and their audience members - the Kratt Brothers confront a comic villain and help bring the creatures of the animal world to safety once again! Experience, live-on-stage, the astounding “creature” fundamentals, and the infectious excitement and inspiring quest of the Kratt Brothers that make the hit television series Wild Kratts so popular with kids and their families.

Since 2014, Wild Kratts LIVE! has performed over 225 shows for hundreds of thousands of fans in over 135 cities across North America. It was created for the stage by the imaginative minds of Martin and Chris Kratt from Zoboomafoo, Kratt’s Creatures, and Be the Creature.